In the late seventies and the early eighties my father and I were very active in slope flying. So far we only knew the Wasserkuppe in the Rhön as an important slope flying area. And only from the stories of other model pilots, because we had never been there before. Then we accidentally discovered the Hesselberg in Franken (Northern Bavaria). We found accommodation in the Rötter brewery close to the mountain in Gerolfingen. We spent our summer holidays there for several years. The picture shows me standing on top of the mountain flying one of my models: 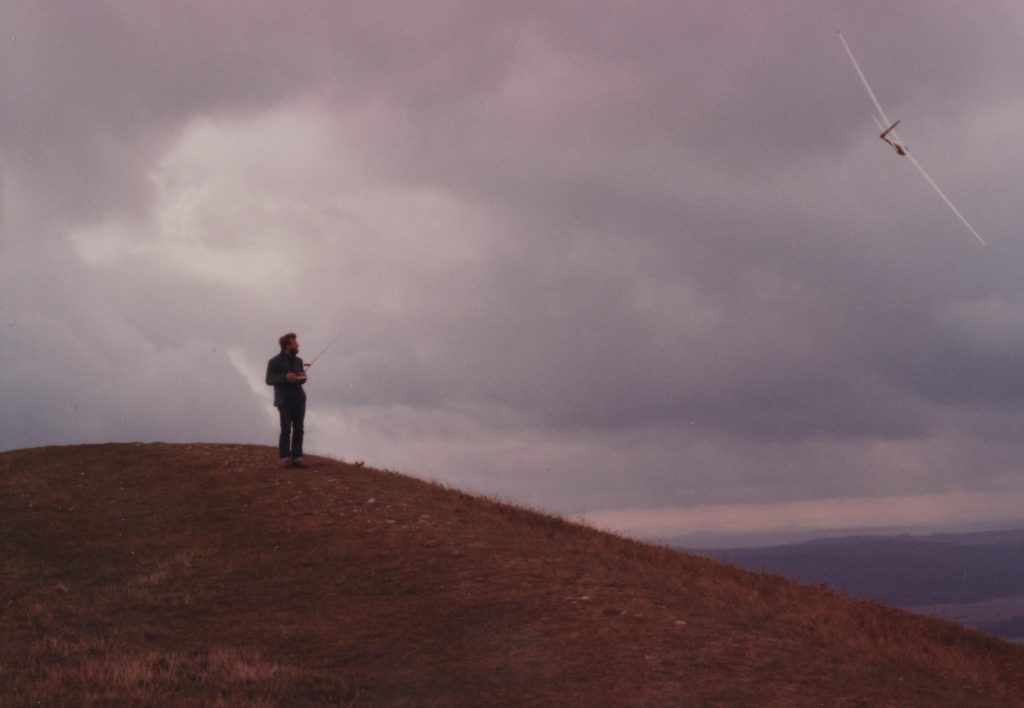 Almost every year another model pilot spent his vacation time there, who became very important for the development of my hobby. His name is Hermann Fading. His models (always his own designs) are superbly built and he is a master at locating thermals. From him I really learned thermal flying. In the following years I spent many days in his workshop, where he showed me how to build wings from Styrofoam, glass fiber and Abachi veneer.

The next picture shows my SB-11 with 4.5 meters wingspan which was designed by Hermann:

I built the wings in his workshop because at that time I had no way of building models in my small student dorm.