In 1977 I went to Darmstadt to start my studies of electricity and mathematics at the “Technische Hochschule“. Soon I became a member of the “Sportfliegerclub Darmstadt“. Those pilots were very active in contest flying. The most flown class was F3B/E for model gliders. The task was to fly for exactly 200 seconds after a high start with a fishing line of 100 meters length (hand towing, no winches, no rubber). You had to land in the center of a circle of 15 meters diameter. The elegance of the landing approach was also rated. This means that the model had to fly straight for at least 10 seconds, sink evenly and touch down gently without bumping or turning. This was practically only possible if the model had ailerons and spoilers.

The next picture shows me as a participant of the German championship 1991 in Erlangen, bringing my model back to the preparation area after landing: 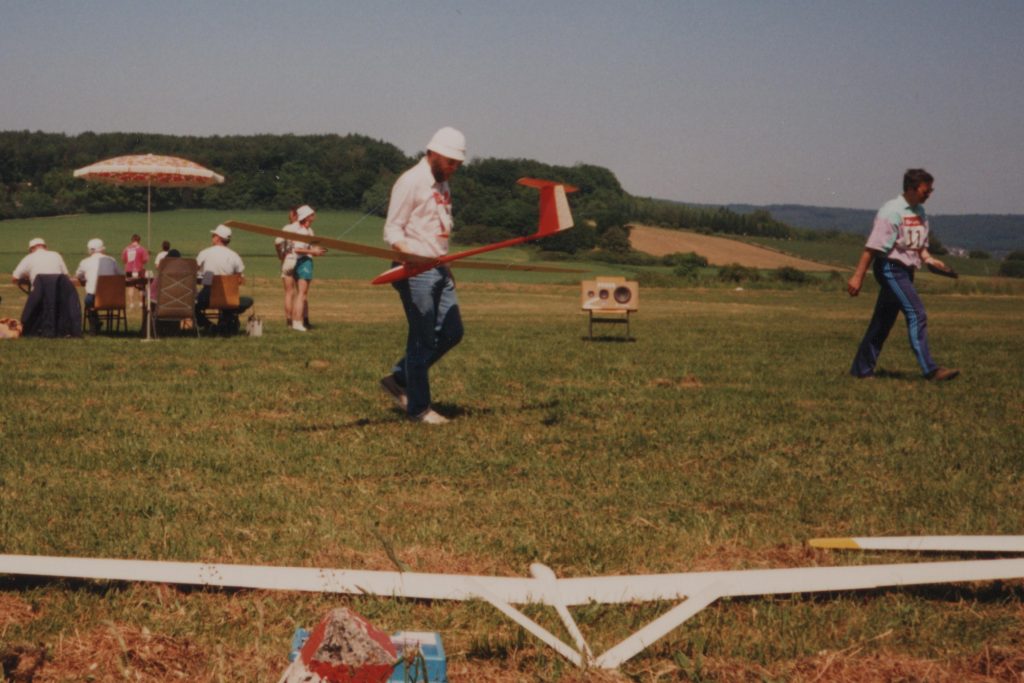 From my head-down posture, you can imagine that the flight wasn’t too successful (grin).

Here is another view of my model: 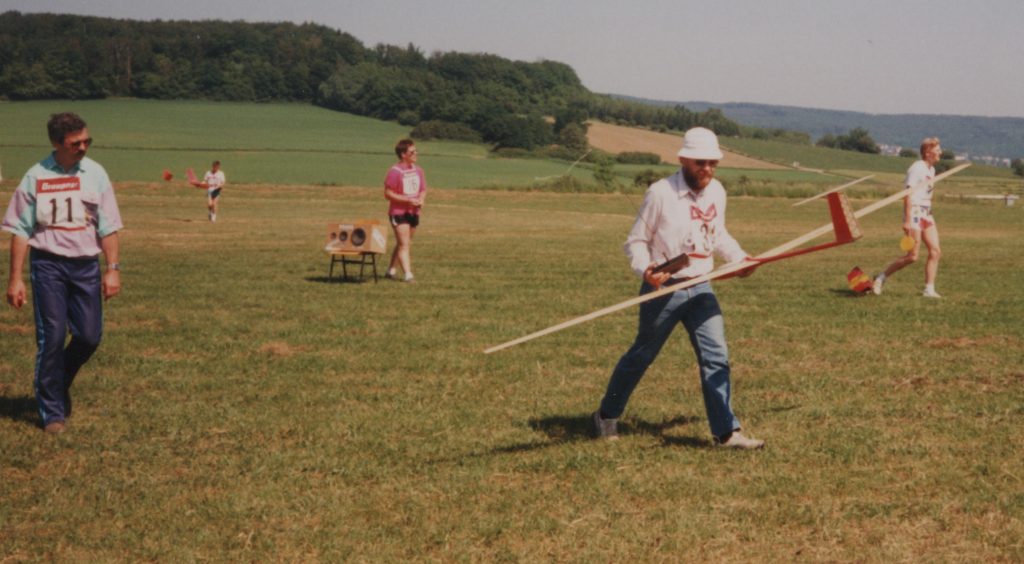 The man with the number 11 is Horst Baum, who assisted me on this flight. He is an excellent pilot and model builder (better than me).

The model is my own design with a fiberglass fuselage made by Christoph Sarter. It has 3.2 meters wingspan and weights 1.8 kg. The wings have a high aspect ratio, with a root chord of 180mm and a tip chord of 90mm. The root airfoil is a semi symmetrical RITZ 2-30-12 (for mechanical strength) and the airfoil of the outer third of the wing is a CLARK-Y, thinned down to 10 percent . This sounds a little strange for a thermal flyer. But the performance is very good, especially in windy conditions. I cut the cores for the foam wings in the workshop of Hermann Fading.