1965: This year was very important for me. I designed and constructed two glider models. The first was quite a failure. It was built way too heavy and the wing had a constant chord, which was unfavorable. It didn’t fly very well and broke after only a few test flights. Unfortunately I don’t have any photos of this model. I received a lot of information from the experienced model pilots from Kaltenkirchen about the mistakes I had made with this model. Therefore, the next construction should be much better.

In the meantime, my friend Joachim Jürgensen had designed and built his own model. The special thing about it was that the wings were very much tapered. The root chord was 200mm and the chord of the tip was only 100mm. This model had a very good glide angle as long as it was flying straight ahead. As soon as you tried to make a turn, the inner wing tip stalled and the model began to spin. It was almost impossible to fly.

So it was clear to me that I had to find a better compromise here. My new wings got a root chord of 200mm and a tip chord of 150mm. In addition, over the last third of the half span the wing got a washout of about 2 degrees, in order to prevent the tip stall. 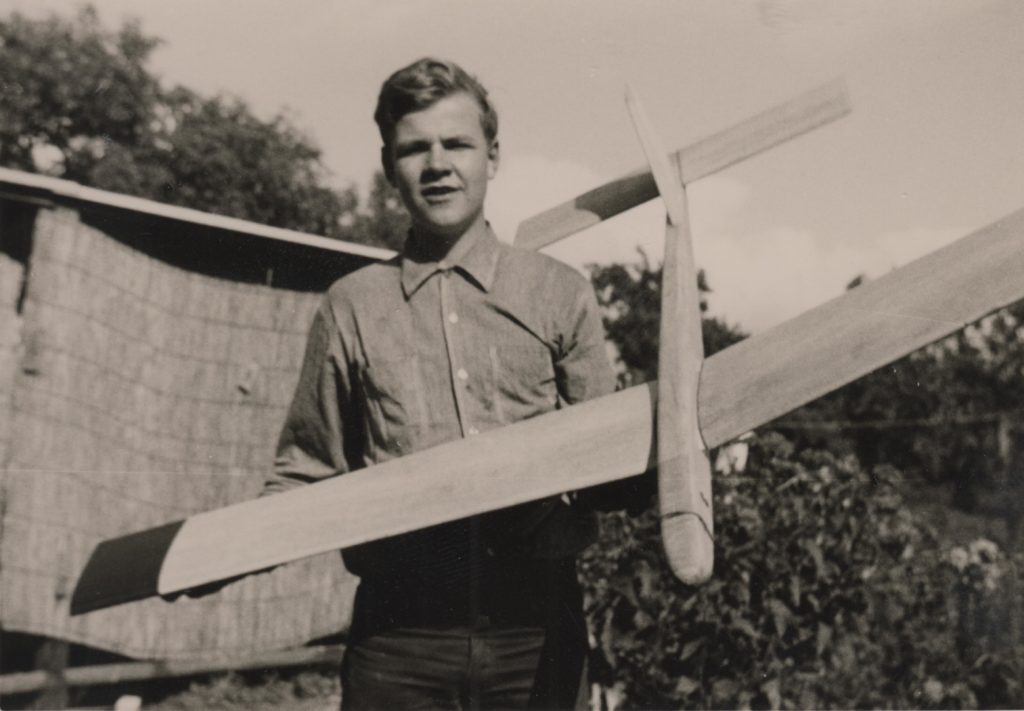 The picture shows me, holding the model. I published more information and more photos in another post.

My father had built another sailplane of his own design:

It was a bigger than mine (2500mm wingspan) and already had rudder and elevator control. We had built a new radio from kits offered by the “Reuter” company. 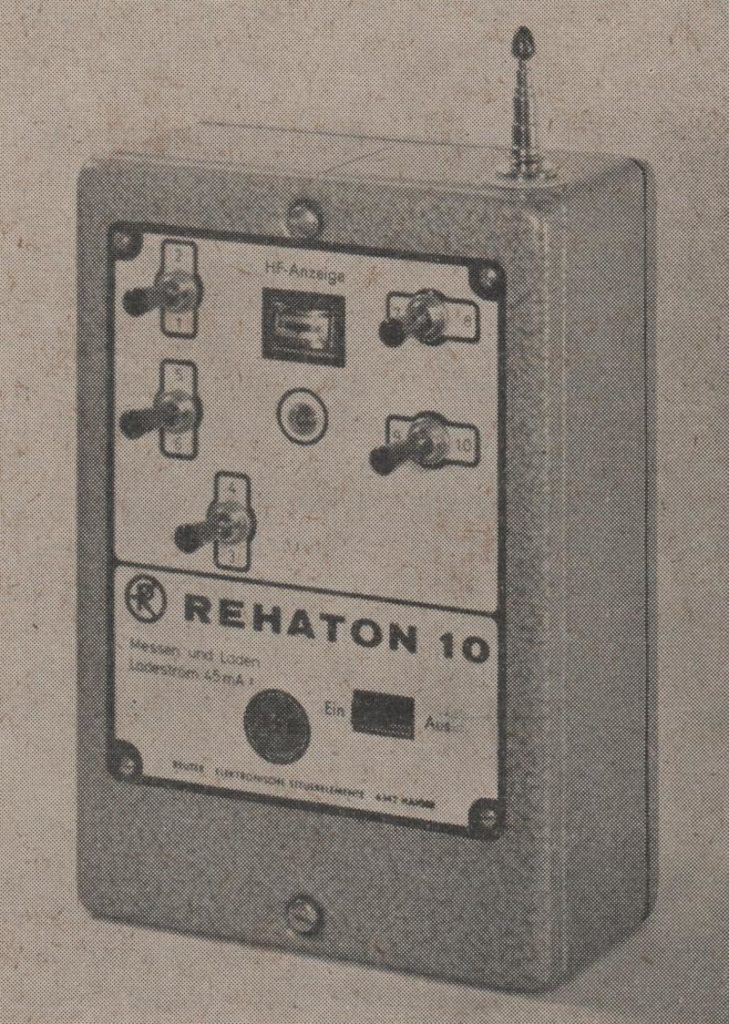 The picture shows the fully equipped 10-channel version of the transmitter. Ours only had 4 channels (two sticks).