1959: Our family had moved to a new location in Elmshorn. The name of the street was Langenmoor. I glued together some plastic kits for small fighter planes (ME-109 etc.) produced by the Revell company. I could only let them fly in my imagination adding the engine noise with my mouth.

I also built kites out of hemp twine, paper and pine strips. A carpenter in Goethestrasse sawed these strips for little money. I was able to fly the kites on a grassland between Langenmoor and Danziger Straße. That was a lot of fun. Today, this field is completely covered with apartment buildings and is now called Zeppelinplatz.

1956: It all started when I became 6 years old. My father had a colleague, Gerd Mix from Kollmar at the Elbe river, who was an experienced  model flyer. So my dad asked him if he could build us a small flying model that I should be given as a birthday present. It was a rubber powered model of very light construction with tissue covering. We had it fly in the garden behind our house in the Goethestraße in Elmshorn. Since we did not get enough turns into the rubber, the flights were very short. But I was fascinated and became hooked. 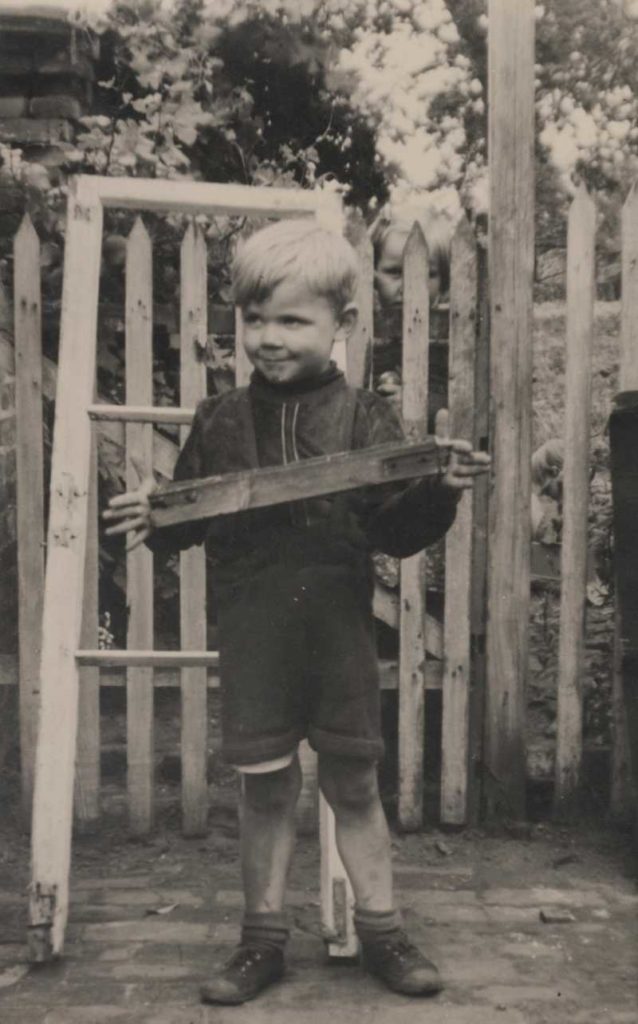 I was interested in woodwork from childhood 😉 Here I dismantled an old window frame in front of our garden gate on Goethestrasse. My sister was watching it from the background. 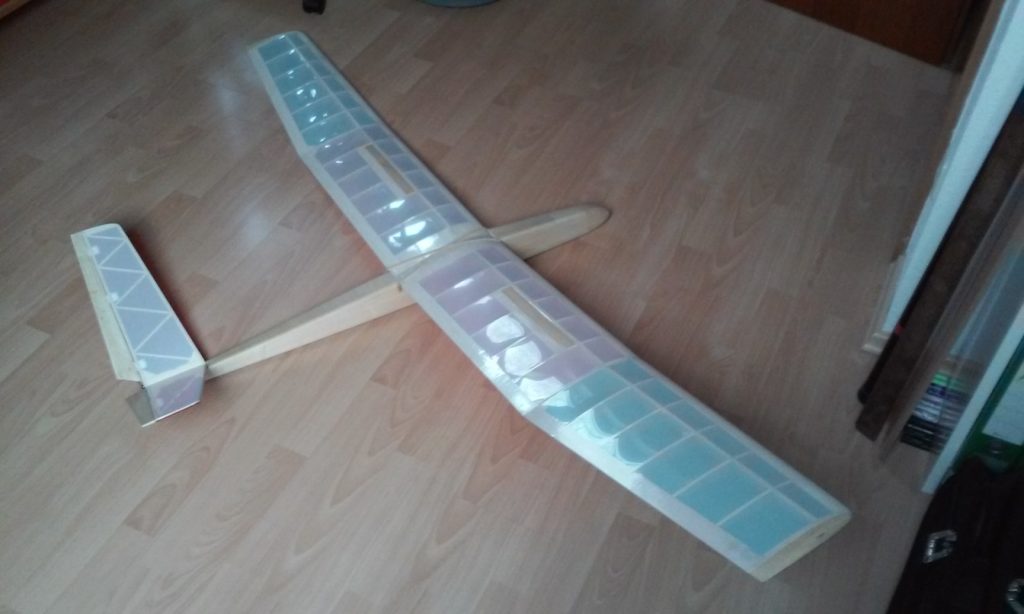 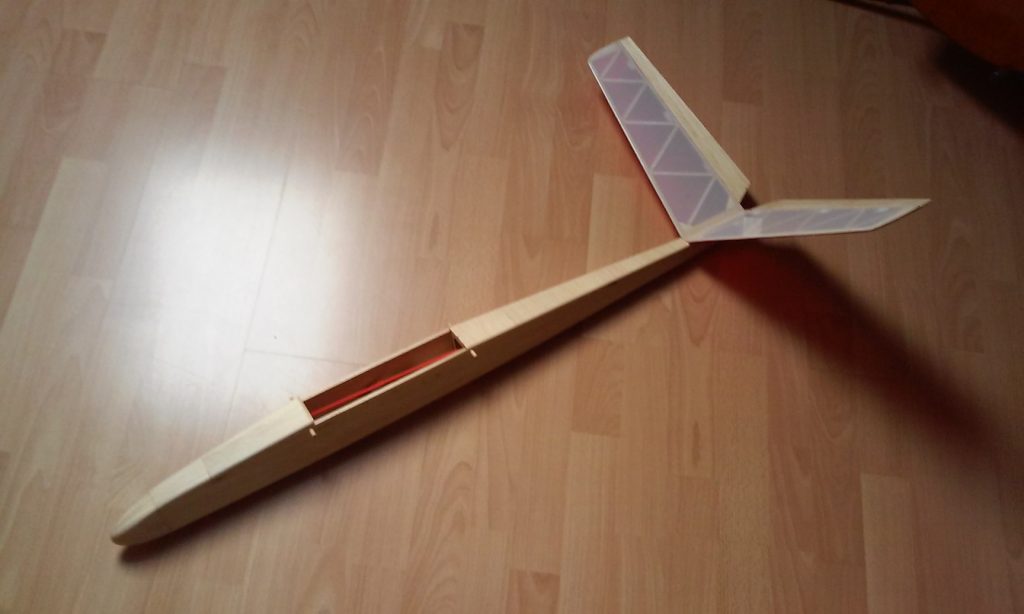 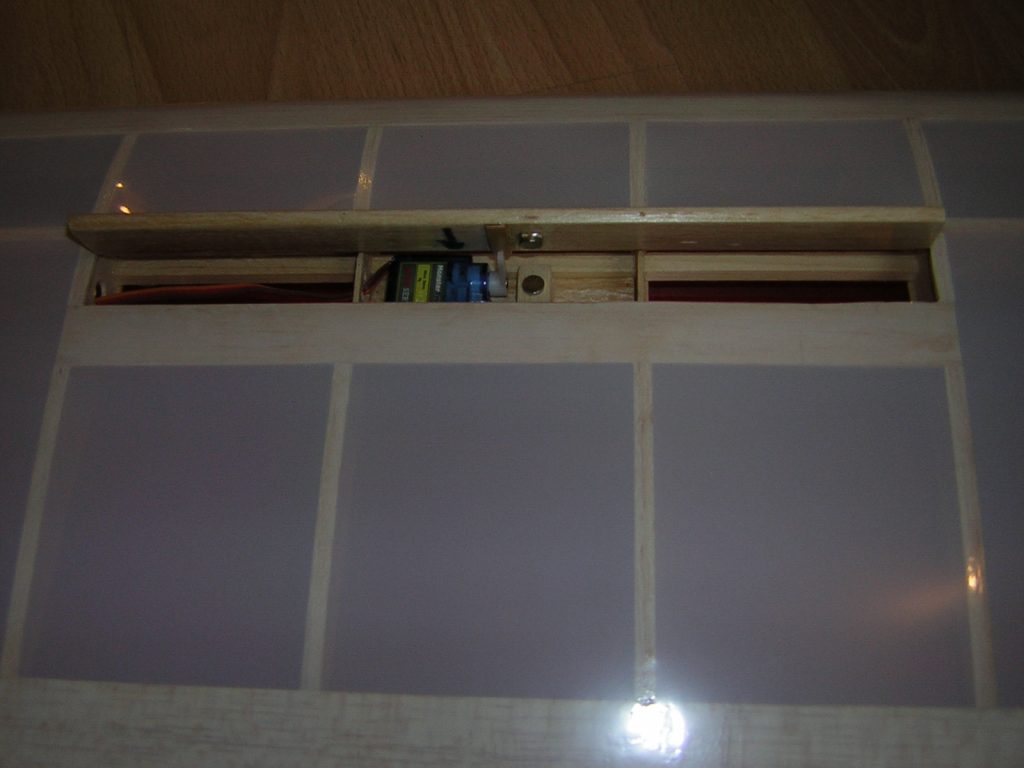 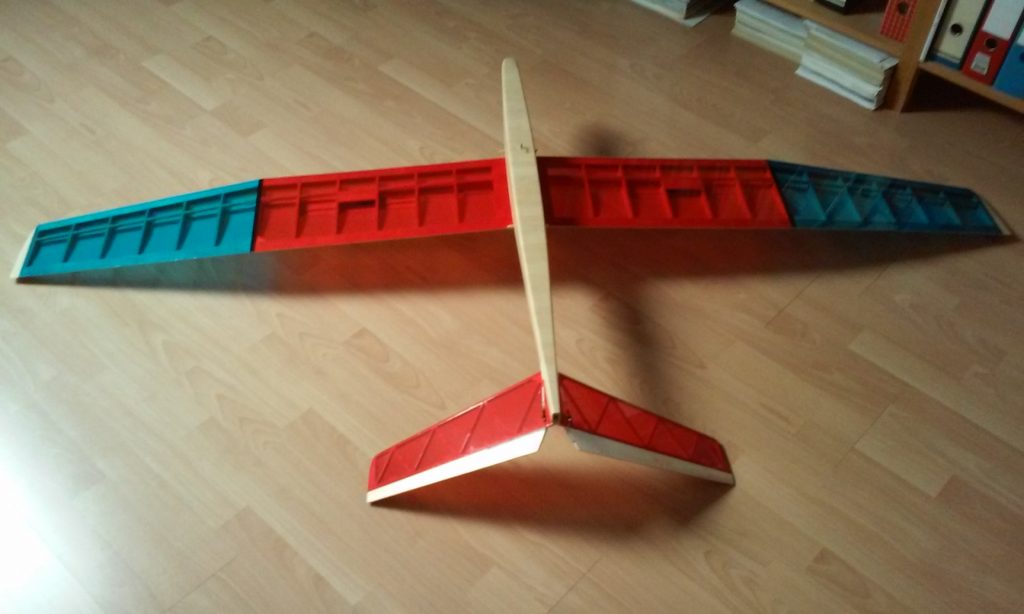 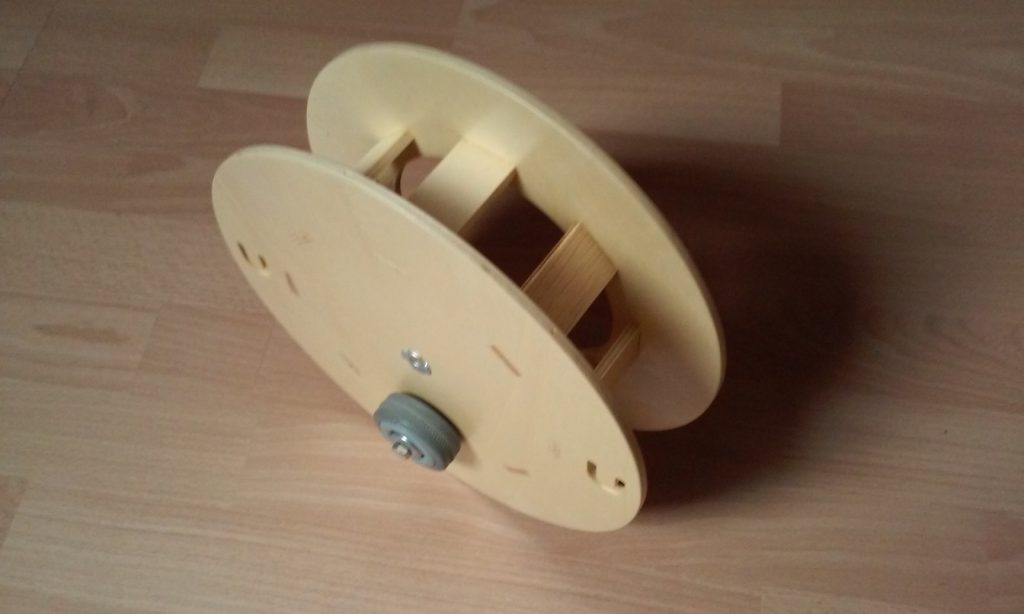 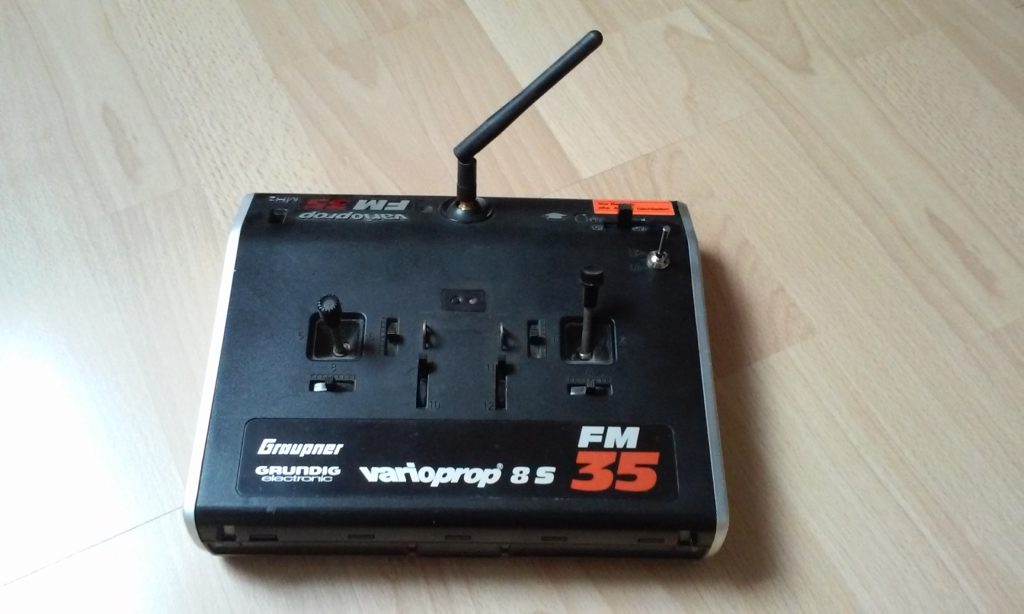 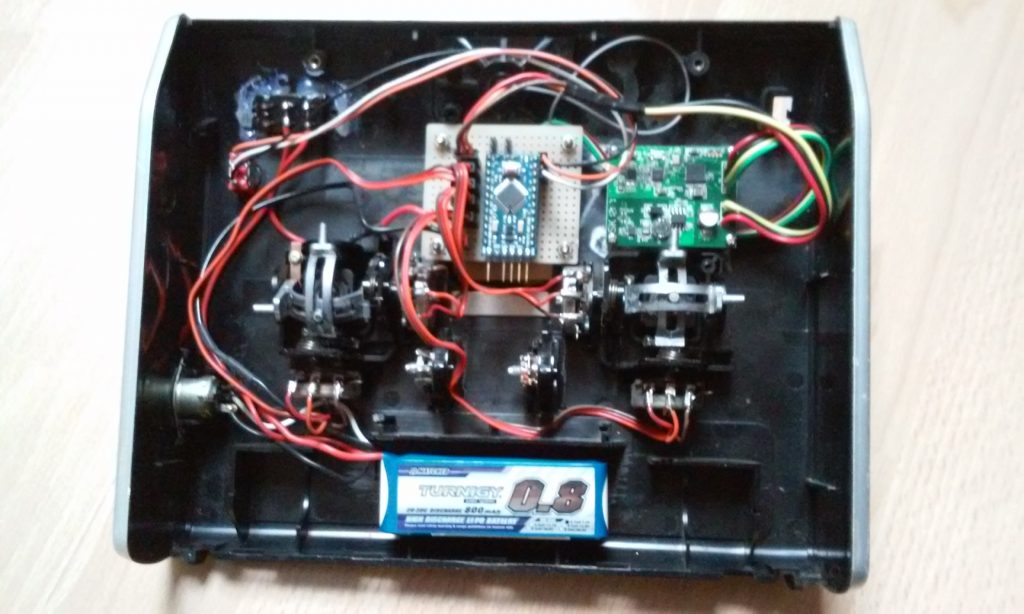 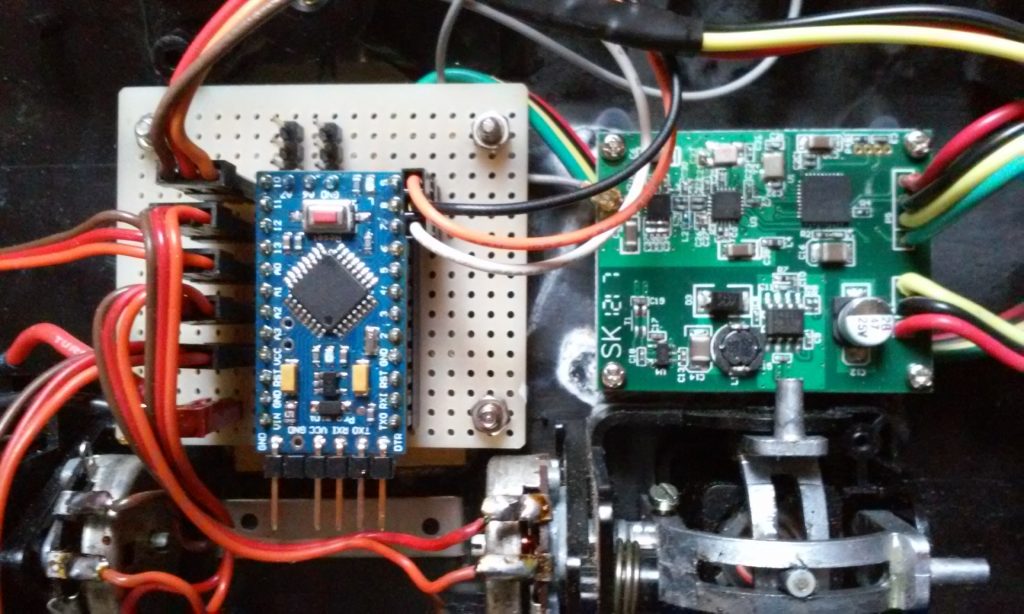 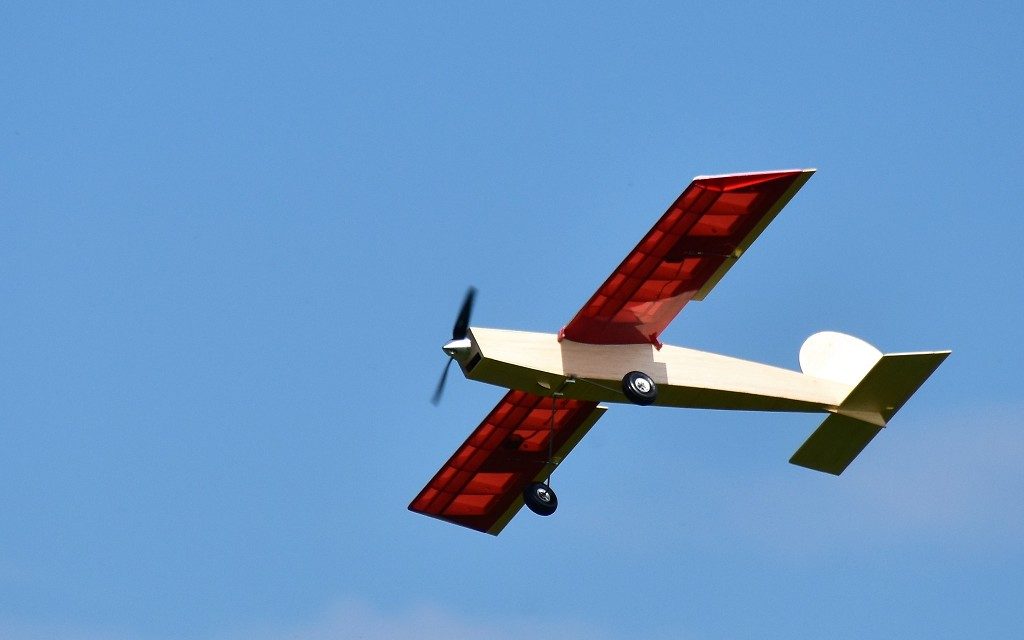 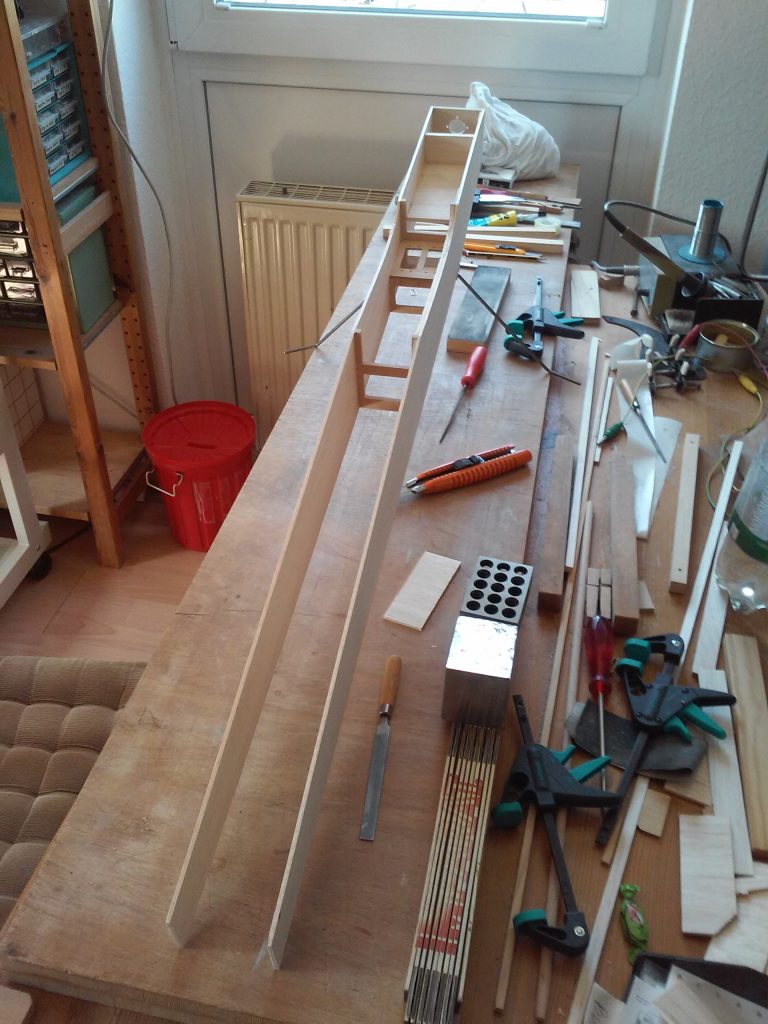 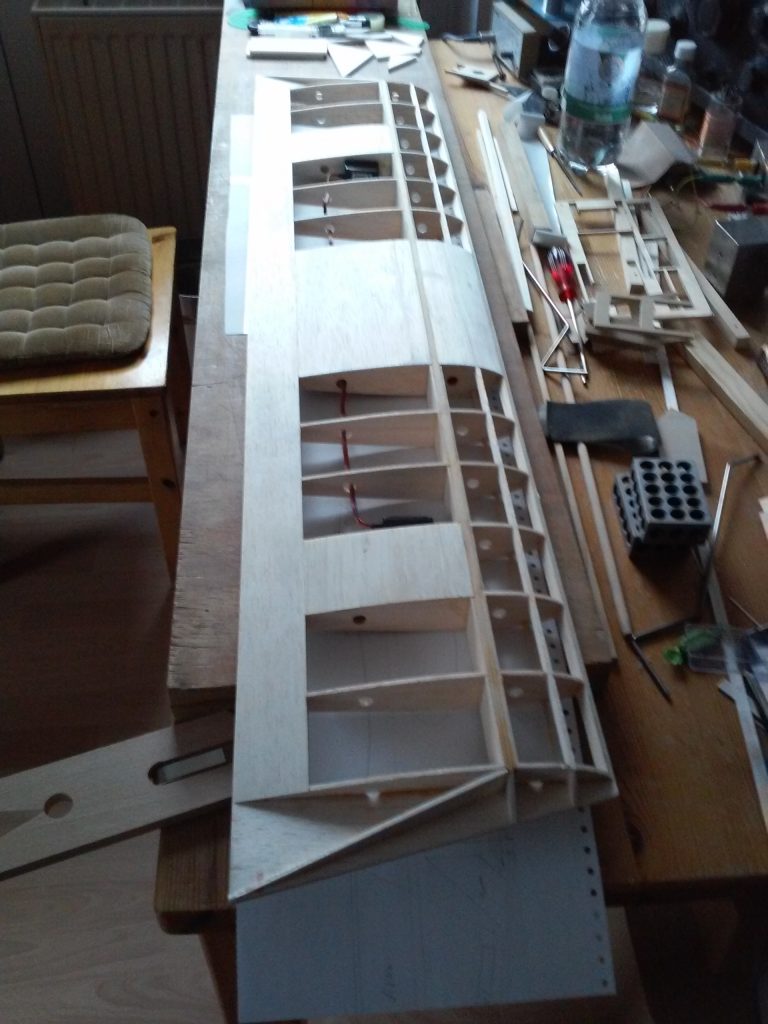 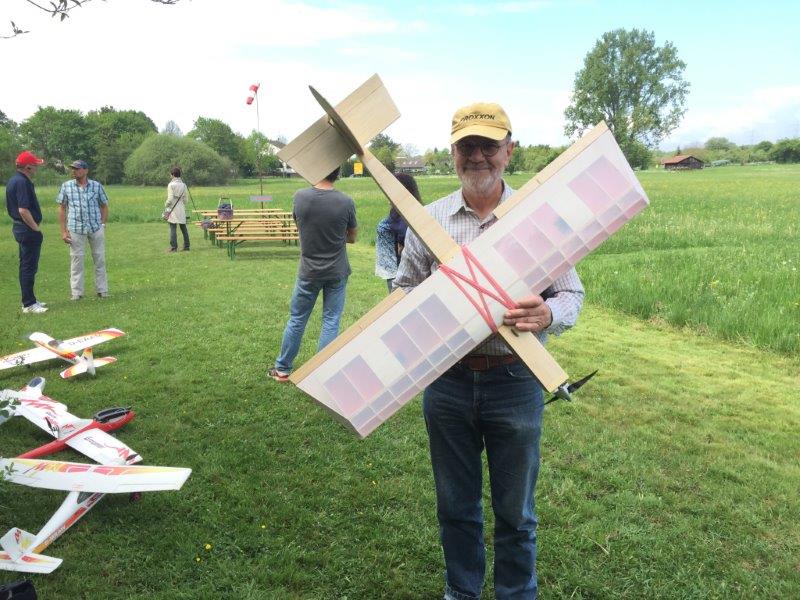 At the age of ten I found the plan for a small chuck glider in a Mickey Mouse magazine. I asked my mother if she would buy me the necessary balsa wood. She did and my father promised to buy me a kit for a larger model, if I managed to finish the chuckie and bring it to fly. He did not seem very convinced.

The instructions in the magazine were quite detailed and although I did not build the plane very well, it eventually flew. 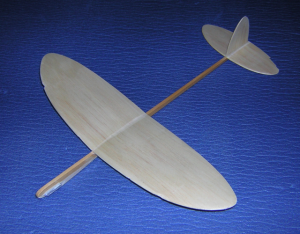 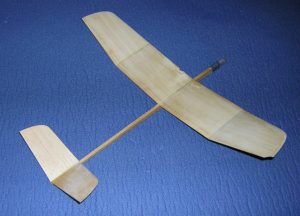 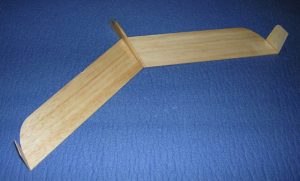 All of my chuckies are a little damaged from the test flights in my garden. 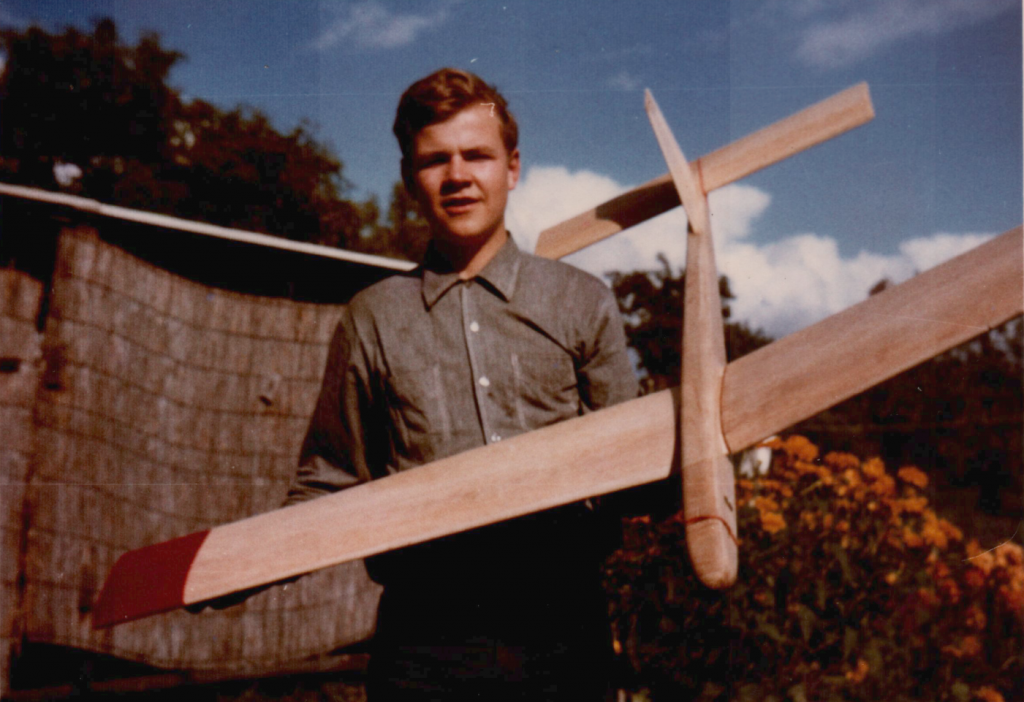 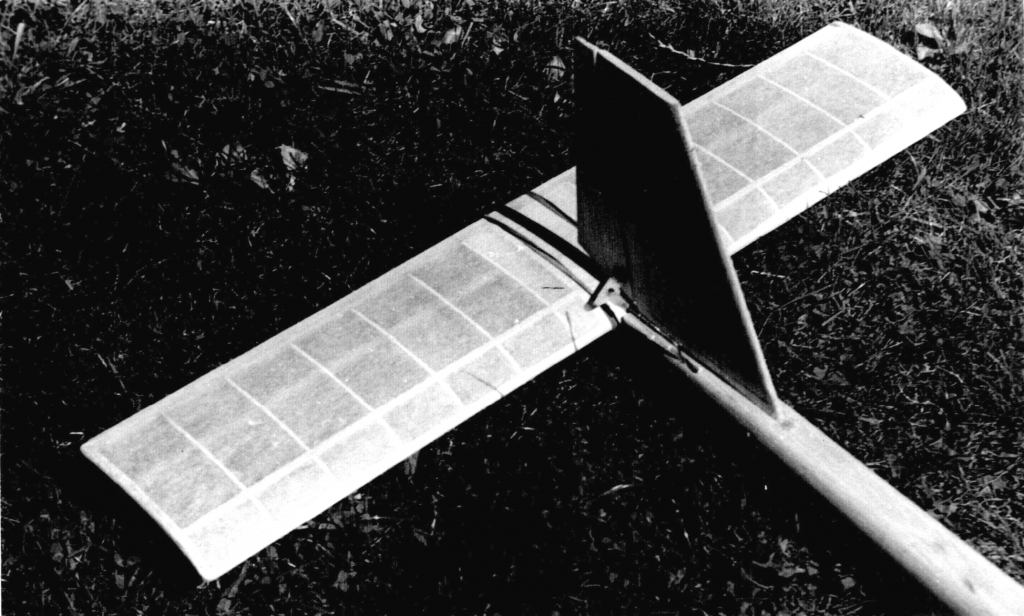 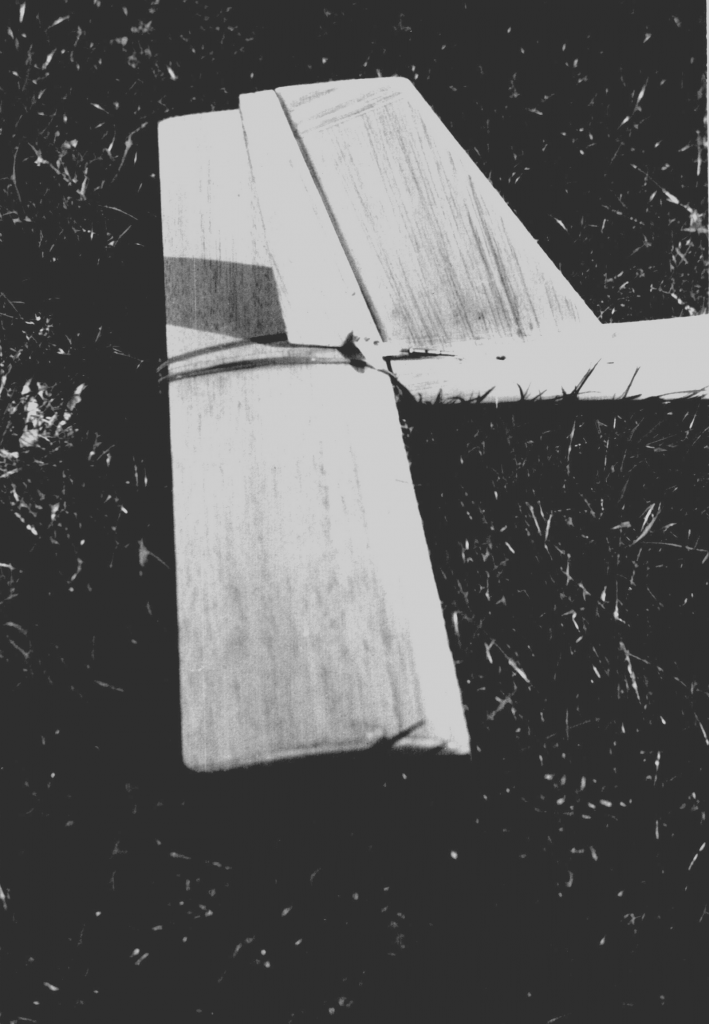 We already had a 3 channel Metz Mecatron radio. But the original receiver was damaged. So I built a new 2-channel RX from a kit offered by the “Reuter” company (doesn’t exist any more). This gave me perfect rudder control. The picture shows the radio installation: A 6 volt DEAC accumulator in the front, followed by the receiver and the Bellamatic servo. There was no elevator control. 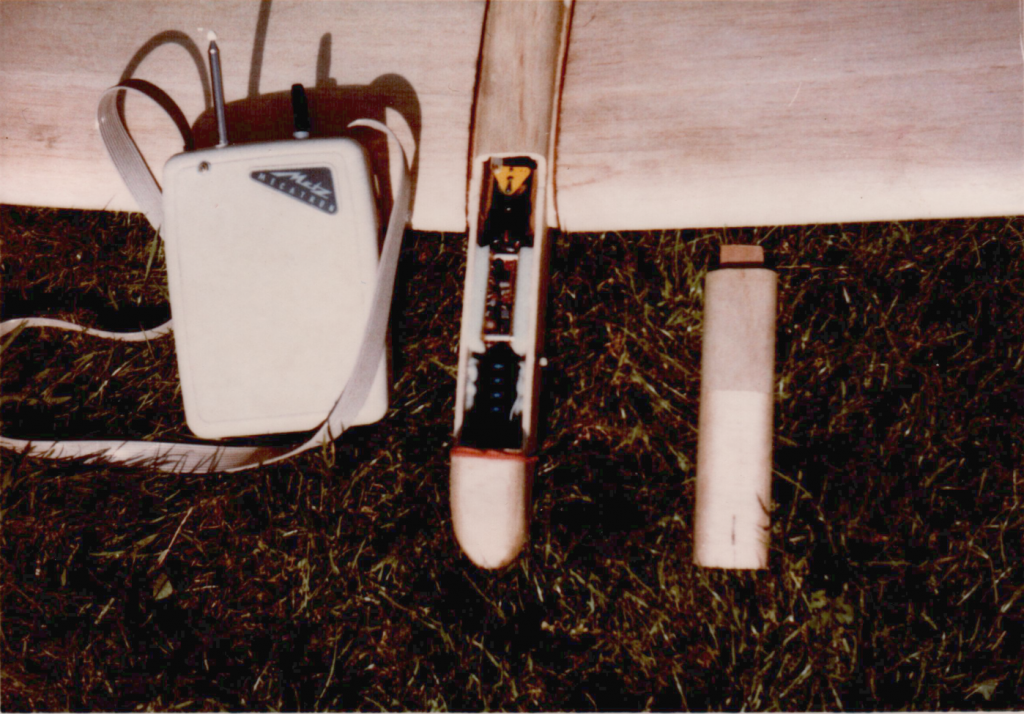